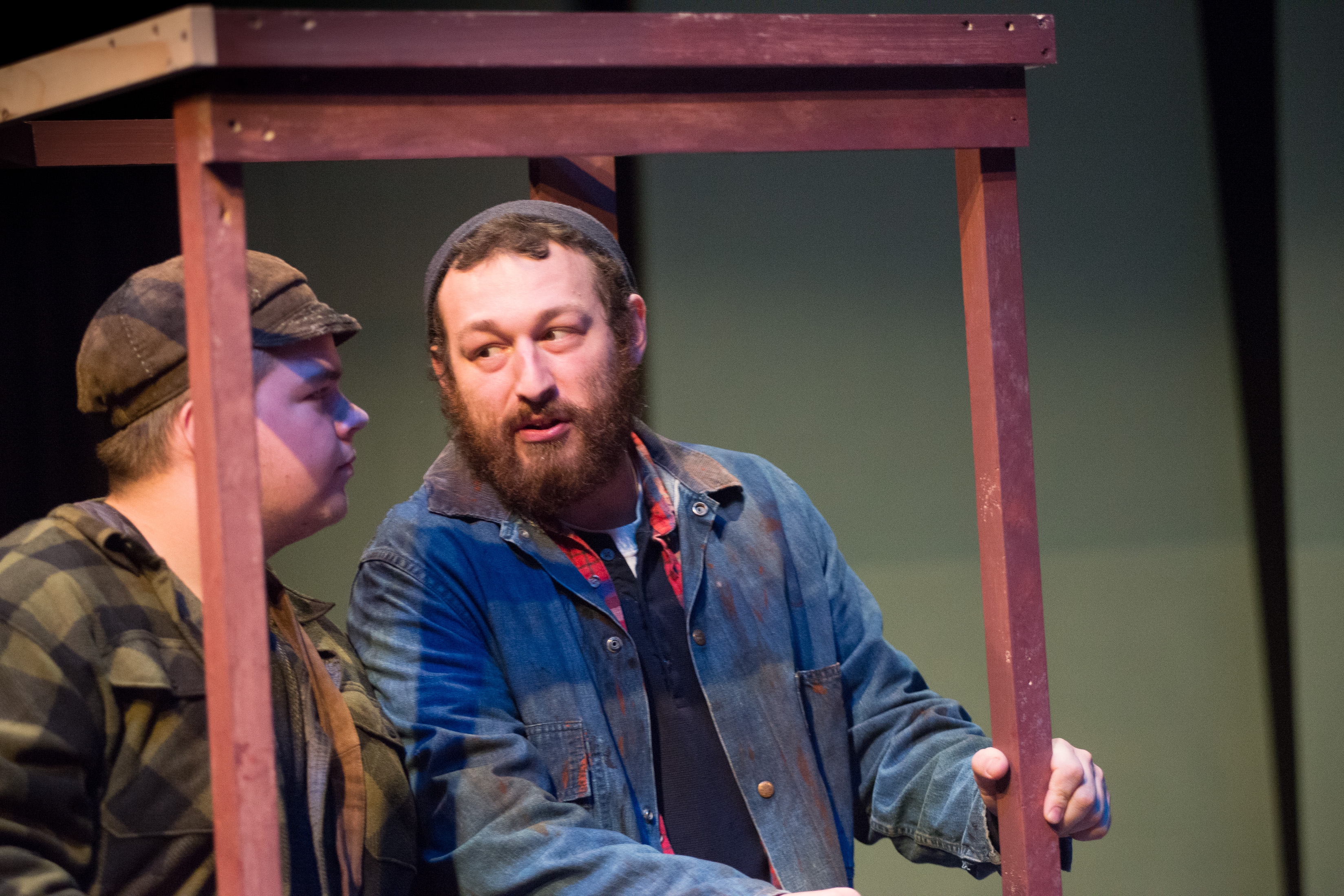 Enjoy the responses of patrons and reviewers who attended the nearly entirely sold-out-debut-weekend of LNT's premiere production -
including from Howard Frank Mosher's widow, Phillis Claycomb Mosher

plus great photos of the show from Robert Eddy, First Light Studios
and Mike Furey, LNT

Kim Allen Bent, Lost Nation’s founding artistic director, has created an effective adaptation of Mosher’s fantastic tale set in the Prohibition Era Northeast Kingdom. In two hours, it manages to deliver the essence of the incredible tale, without missing its fun. Lost Nation’s adaptation and production, directed by Kent, wisely made no attempt at realism. Yet the succession of vignettes, with short moments of commentary rather than show-stopping narration, buoyed the action narrative.  Most importantly, Lost Nation Theater’s “Disappearances” proved thrilling fun in Vermont’s Northeast Kingdom.
- Jim Lowe, The Times Argus

"Congrats to ALL, on & off stage, for crushin' it with a rollicking ramble! Take your own ride with Quebec Bill! You won't regret it." - Renzo Scott Renzoni

"Casting, set design, music, EVERYTHING was absolutely magical. Congratulations, and thank you so much for an unforgettable evening." - Phillis Mosher

"If you loved the book, you will love this. If you’ve never read the book, this will make you want to. Awesome theatrical adaptation." - Don Cuerdon

And if you want to know more about Kim Bent's approach to the show, check out this article in The Bridge

Robert Eddy, First Light Studios: Wild Bill (Timothy Worn) tries to explain to his mother (Lara Foy) what happened on his travels with is father in this scene from Disappearances

Robert Eddy, First Light Studios: Quebec Bill uses his fiddlin' and dancing to get info from bar patrons in this scene from Disappearances