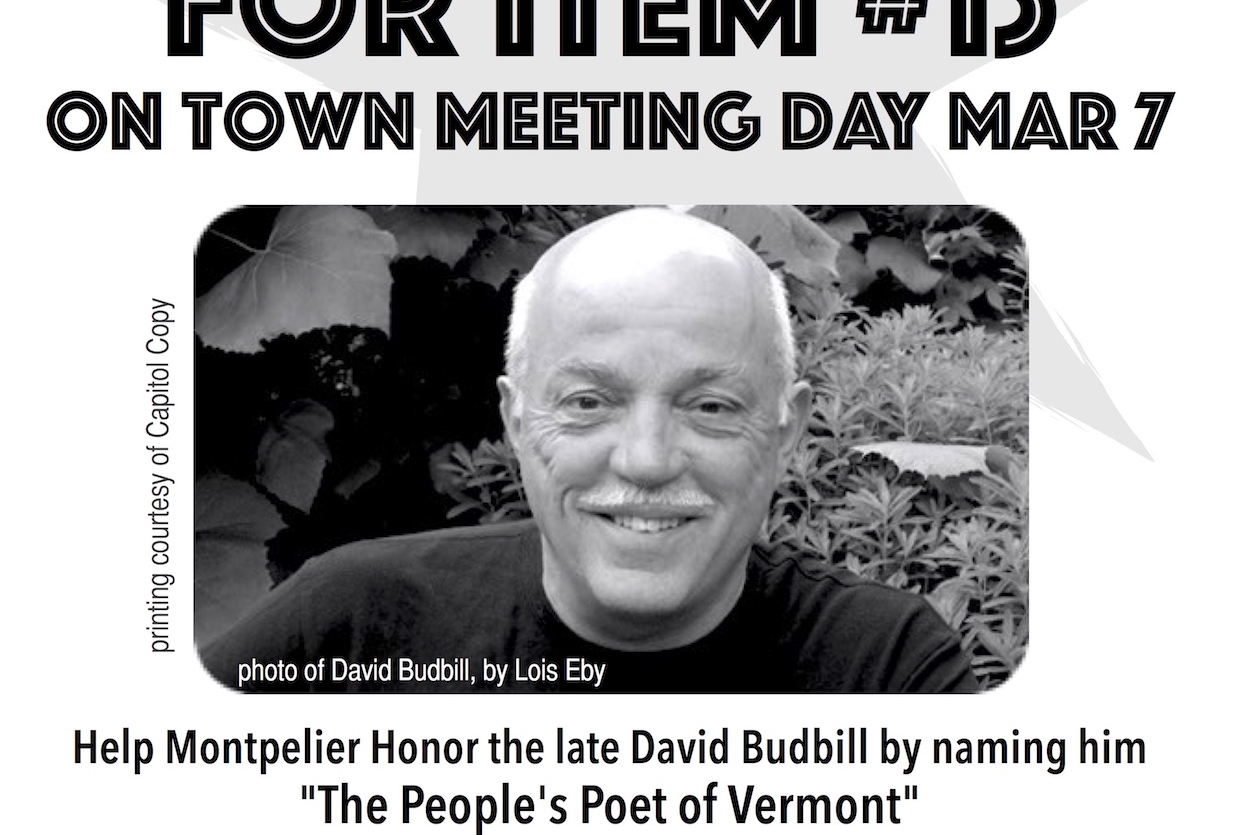 David Budbill is The People's Poet!

For his fans, Vermont poet and playwright David Budbill, was always "the People's Poet" and now - in Montpelier and Wolcott -  it's Official!

David Budbill and his work is very special to Lost Nation Theater. LNT has probably produced (staged readings and full productions) more of David's work than any other theater company and we are proud that David considered us his "home" theater.
His death this past September was a blow.

It makes it all the more satisfying for us to be opening our 2017 Mainstage Season with his play Judevine.
Discovering David's work was a pivotal moment for LNT Founder Kim Bent - a sixth generation Vermonter, who kept thinking he had to leave Vermont in order to pursue a professional theater career, and yet was always drawn back home to Vermont. Experiencing how David made those "characters" he grew up with, "stage-worthy" opened Kim's eyes to a new way of thinking.

2017 marks LNT's 40th year as a Vermont company, which makes opening with a show that celebrates Vermont perfect.
We first produced Judevine 10 years ago,  working with David on new ideas for the script.
We feel so honored to be doing the show again in tribute to David. (The show runs April 20-May 7. And Save the Date: April 21 for a BIG Opening Night Party hosted by Rusty DeWees and Ellen Lovell)

Spearheaded by Andrea Stander,  we wanted to take honoring David to the next level. Thanks to Andrea's work, and help from City Councilor Dona Bate, we got an item placed on the ballot for Town Meeting Day asking Montpelier Voters to name, albeit posthumously, David "The People's Poet of Vermont"! The measure passed overwhelmingly! 1,820-246! The town of Wolcott (where David and Lois Eby lived for 40 years) heard about what we were doing and also declared him the people's poet. Our hope is that eventually all the towns, and the State will too!

Here are links to articles that appeared in the paper: