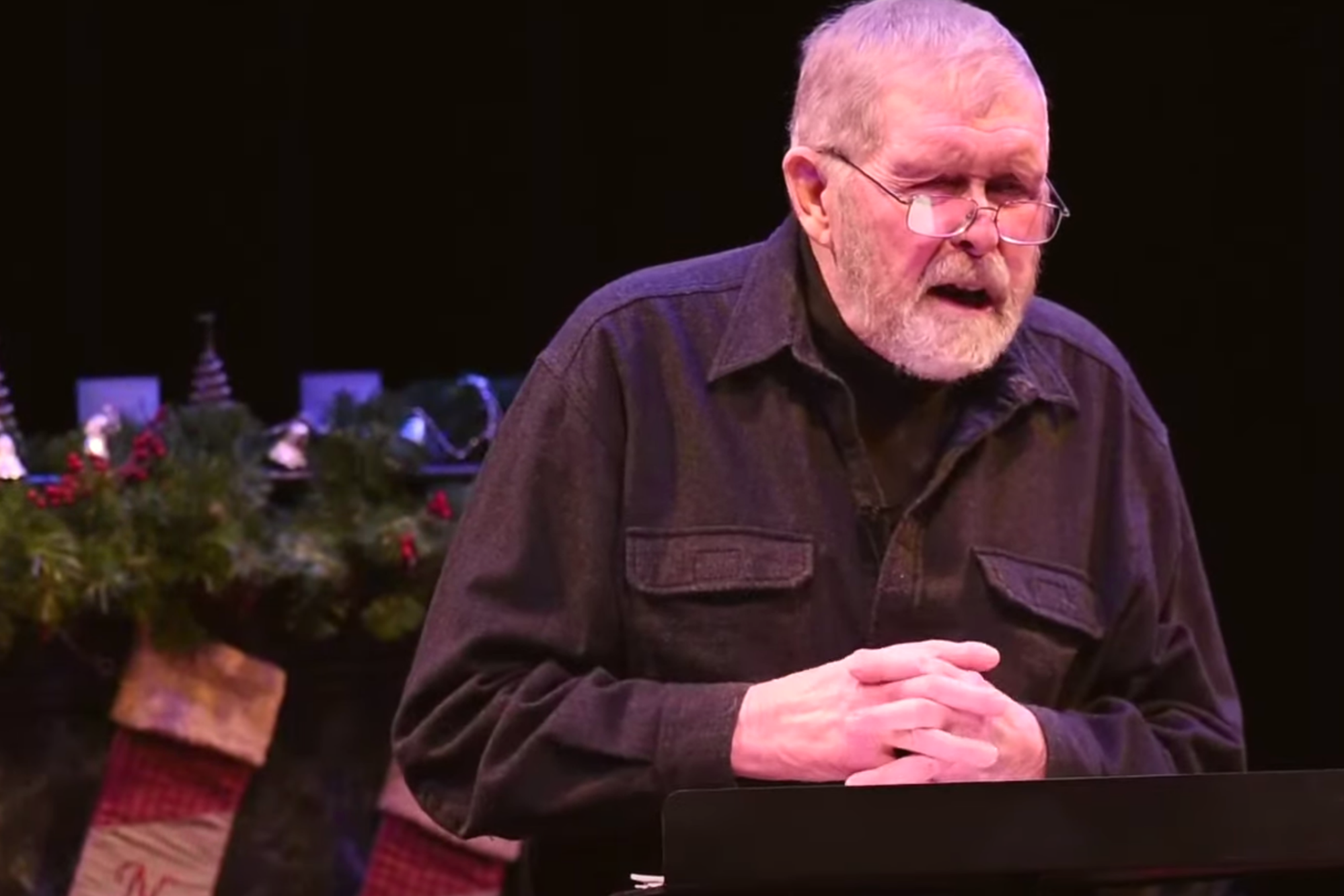 This time, not only is Willem live on-stage, an-in-person audience is in the theater too!

And what a show.
Emmy-Winner Willem Lange has been performing his reading of Dickens’ Christmas Carol every year since 1975.
LNT is thrilled to host Willem and keep his 46-year streak going. He loves the story and that love shines through in his reading.

“Christmas is my time to howl,” he says.

Lange first heard the rendition he performs – Charles Dickens’ original prompter script used for his 1867-68 tour of America – in 1953. His college professor, Dr Lean, found the script in a used bookstore in Boston (in 1903) and started performing it. By the time Willem heard him, Lean was already “nearing the end of his string, and I remember thinking, ‘Who’s going to take over when he’s gone?”

After mulling it over for decades, Willem Lange (author, storyteller, carpenter & TV host) finally decided he would:

“In 1975, I sat down with my typewriter and an LP recording of Professor Lean’s performance, and typed out the script.
That took some patience!
My wife and I invited friends over; I borrowed a set of tails; and we held the first session in our living room.”

Lost Nation Theater is thrilled to make it possible in 2021!

Join Us! Live! In person or online. Friday December 17 at 7pm

By purchasing tickets you agree to adhere to all of LNT’s safety protocols (including masks & vaccination), which can be found on this page of our website.

Willem donates his fee to The Haven (a shelter in the Upper Valley) LNT will donate 20% of its proceeds to Trinity Church Food Pantry and The Good Samaritan.