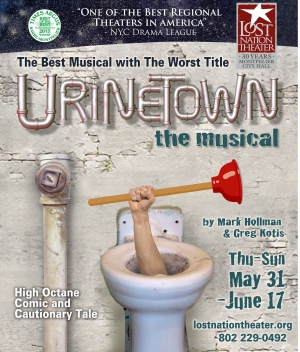 It’s Monty Python Meets Les Mis!  A fresh witty musical satire exploring greed, corruption, love and revolution. Laugh Out Loud Funny, the musical imagines a world where, after 20 years of drought, water  and “water-closets” are controlled by corporations which employ the police to enforce the rules. Favorite songs include “It’s A Privilige to Pee.” Leading you thru the adventure: Officer Lockstock and his sidekicks Officer Barrell and Little Sally. Winner of multiple Tony, Obie & Lucille-Lortel Awards!

And This Rave in Seven Days
A MainStage Production

Urinetown is one of the few truly original musicals. It is not based on any source material. Writer Greg Kotis was inspired while traveling in Europe. A student on a tight budget, he was confronted by "pay to pee" toilets. The rest, as they say, is history!

Urinetown's success is as improbable as its title. Debuting at the NY Fringe Festival the show was a surprise instant success. Word of mouth brought over-flowing crowds. The show tranferred to an Off Broadway, then transferred to Broadway. All in 2001.

Urinetown - the musical - is full of homage to other musicals and LNT's Creative Team is making the most of all of them!
How many will you spot?!?

Stay-Tuned for "the numbers" - the number of people working on the show, light cues, costumes pieces and other fun random facts

proud to be a Designated Vermont Arts Council Event 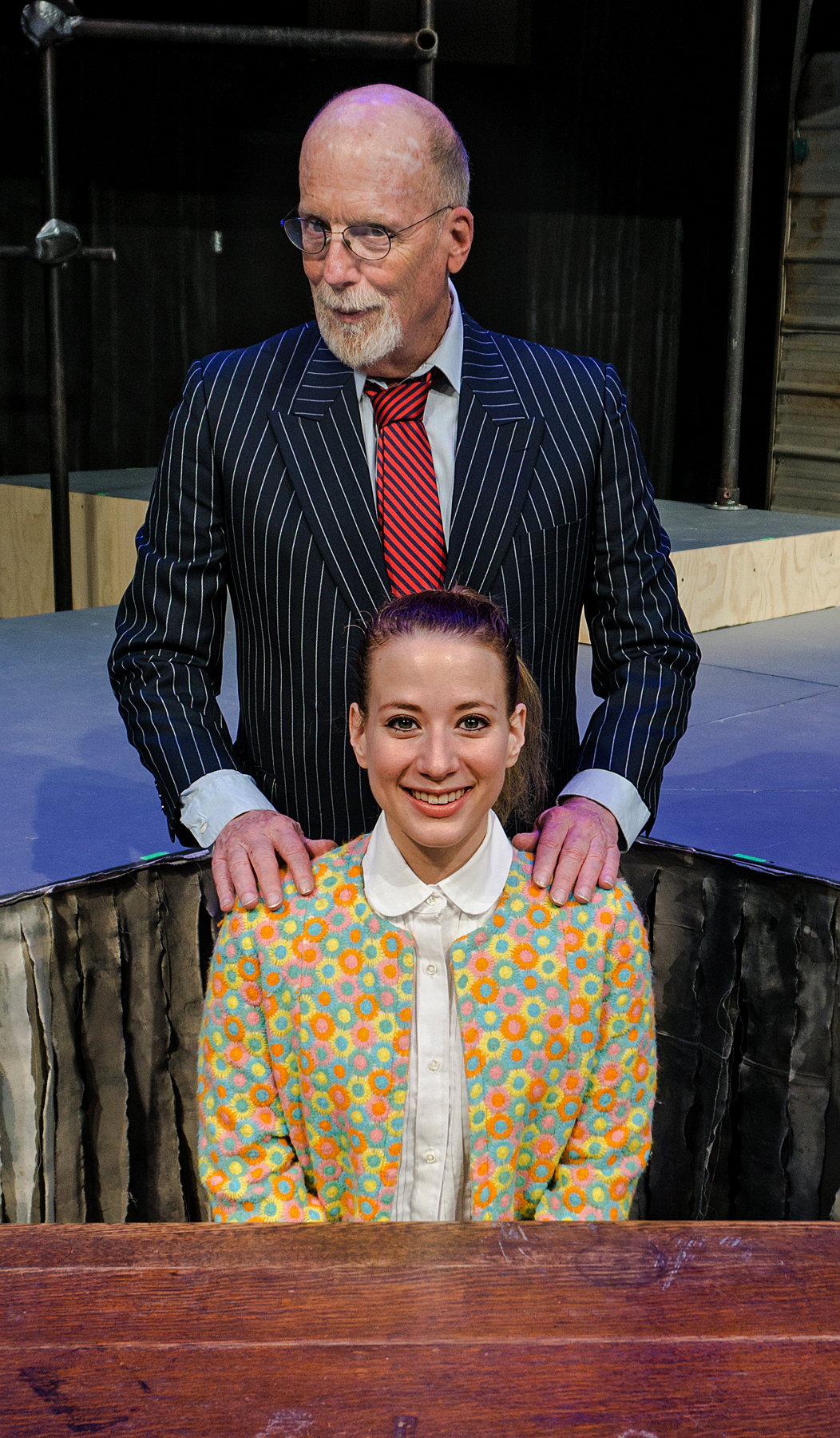