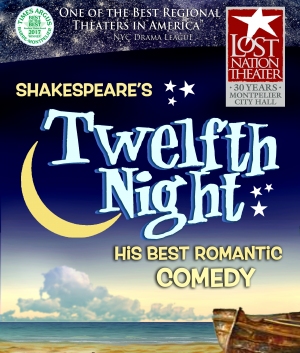 “I was adored once too…”

Viola loves Orsino. Orisno is besotted with Olivia, but Olivia falls in love with Viola (who's in disguise as a man).
Meanwhile, Olivia is doted on by Malvolia.
Now enter Viola’s twin Sebastian ...and…  heartfelt hilarity ensues!
The Bard's Best Romantic Comedy. "Masses of Fun" ~Time Out

William Shakespeare is Back on LNT's Stage!

In this 30th Season, LNT welcomes many old friends back to the creative family, while still introducing audiences to new artists.

Proud to be a Vermont Arts Council Designated Arts Event