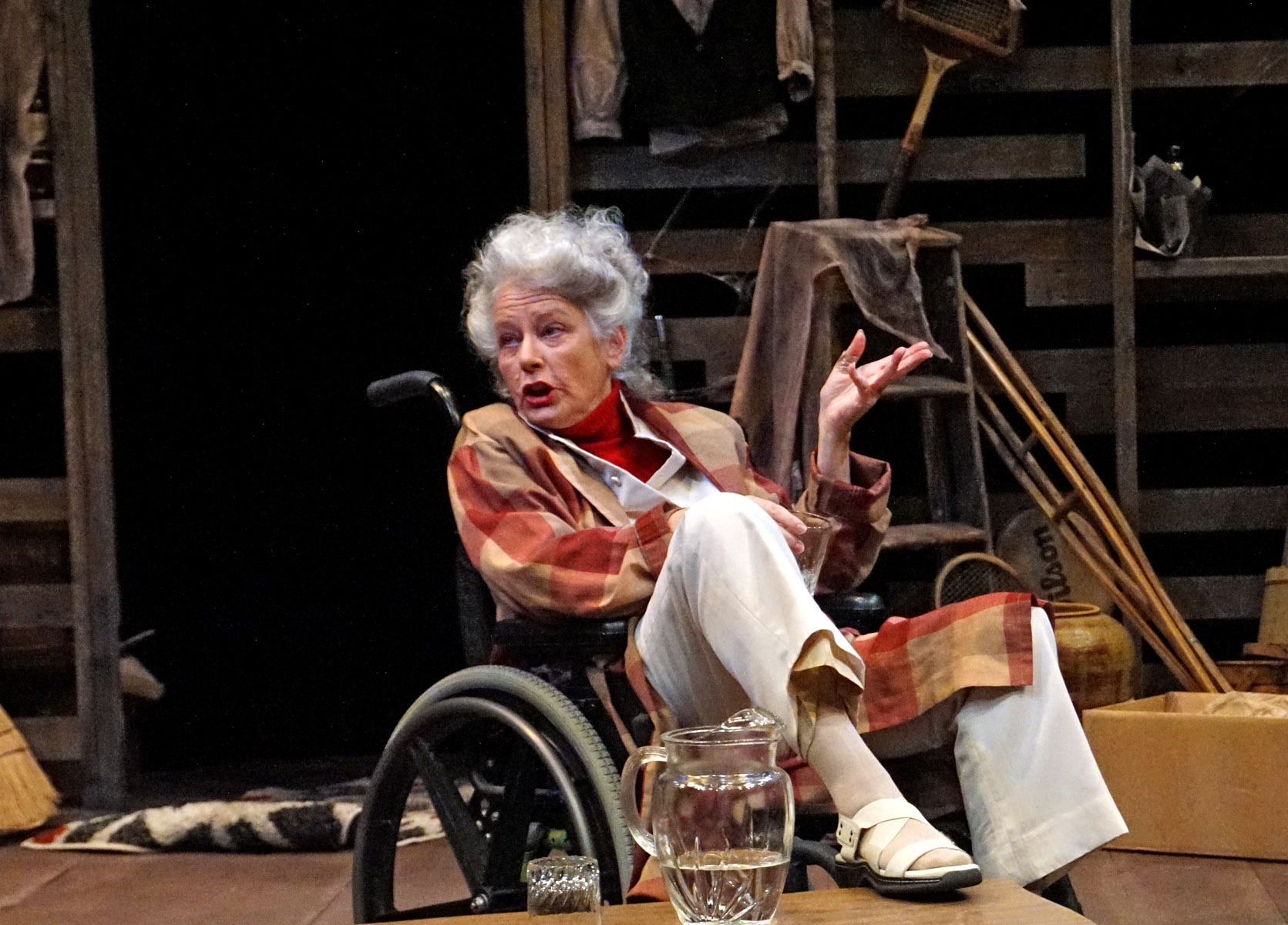 LNT has done it again people.

"LNT has done it again people. This one woman show is a show stopper! Oh my, what a grand performance. if you close your eyes, you wonder if it isn't REALLY Kate! but don't close your eyes... she's incredible on stage. Well Done!! go see it friends! it's really worth it!" - Laura Lee Dukeshire

A stunning and spellbinding performance. I was transfixed! - Kelly Nolin

"Stevens understands Hepburn’s public and private personas well, giving us a glimpse of the true creature inside her attic. Seriousness meets wit. Refinement meets crass. And for an hour and twenty minutes, we get to spend some thought-provoking, quality time in the attic of a legend. "

The Creature in the Attic
JD Fox

Classical music plays in the dimly lit theater-cum-attic of Kate’s mind. Enter nonagenarian Katharine Hepburn, wheeling on stage for a New Year’s Eve solo performance as the century – her century – gets ready to depart.

Good riddance. For “the past is sh-t” and we need to “look forward.” Yet the previously unexamined past clings to her, shapes her, demands examination even if just as remembrance.  She has lived long enough to wonder what kind of forward is left. Long enough to pause and look back.

No mere background noise, the music she is hearing reminds Kate of an old love. “Spencer loved Brahms,” she says directly to the audience of mostly women, all of us invited to join her on her contemplative roll down memory lane.

And what a long, wondrous lane it is, full of potholes and obstacles of understated magnitude, intermingled with the kind of hard-earned “luck” that won her four Oscars.

Nine decades is a lot of living to convey in just eighty minutes. Yet actor Janis Stevens does this and more as she portrays the icon with uncanny believability. She does this with her impersonating voice, of course, authentically infused with the late actor’s regional accent and particular way of phrasing things. But there is also the way she uses body movements, hand gestures, and precisely, deliberately manipulates the props that gives verisimilitude to the performance.

Indeed, good acting is about so much more than reciting lines. Janis as Kate remarks that she had a horrible screen test for A Bill of Divorcement, but got the leading part anyway for what would become her debut film largely because director George Cukor liked the way she “put down a glass of water.”

Our life is full of picking up things and putting them down, literally and metaphorically. There are big things in Kate’s life, like family suicides, which probably qualifies as especially heavy sh-t to have in one’s past. And there are seemingly lesser yet still significant things, like wearing her brother’s cap, calling herself Jimmy, and getting sent home from school for not wearing sufficiently girly clothes.

All these events, these life-doings, create a creature with two faces, the public one and the private one that only she knows. Kate cautions that if you don’t take care, the outside world – that is, the press and the public – will run with the public one, twisting it into their own creation.

It is important to take control of your life -- of your creature -- and ensure that you and you alone are the one defining it full stop. Katharine Hepburn constantly re-invented herself and looked for ways to have that kind of control, such as by buying the rights to Philadelphia Story and making herself playing the lead a requirement for any production of it.

Stevens understands Hepburn’s public and private personas well, giving us a glimpse of the true creature inside her attic. Seriousness meets wit. Refinement meets crass. And for an hour and twenty minutes, we get to spend some thought-provoking, quality time in the attic of a legend. 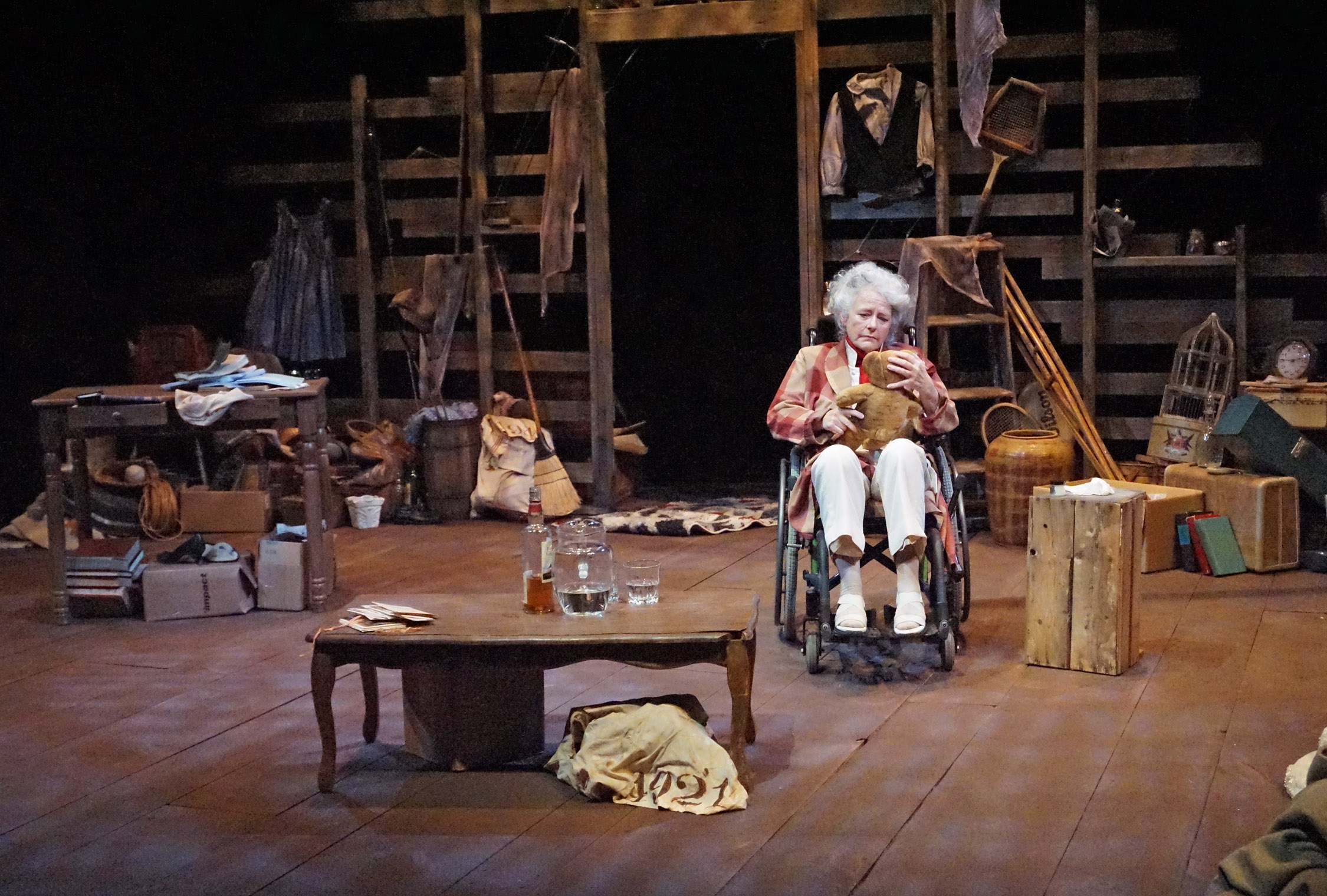 "Amazing performance. See while you can!" - Robert Lehmert 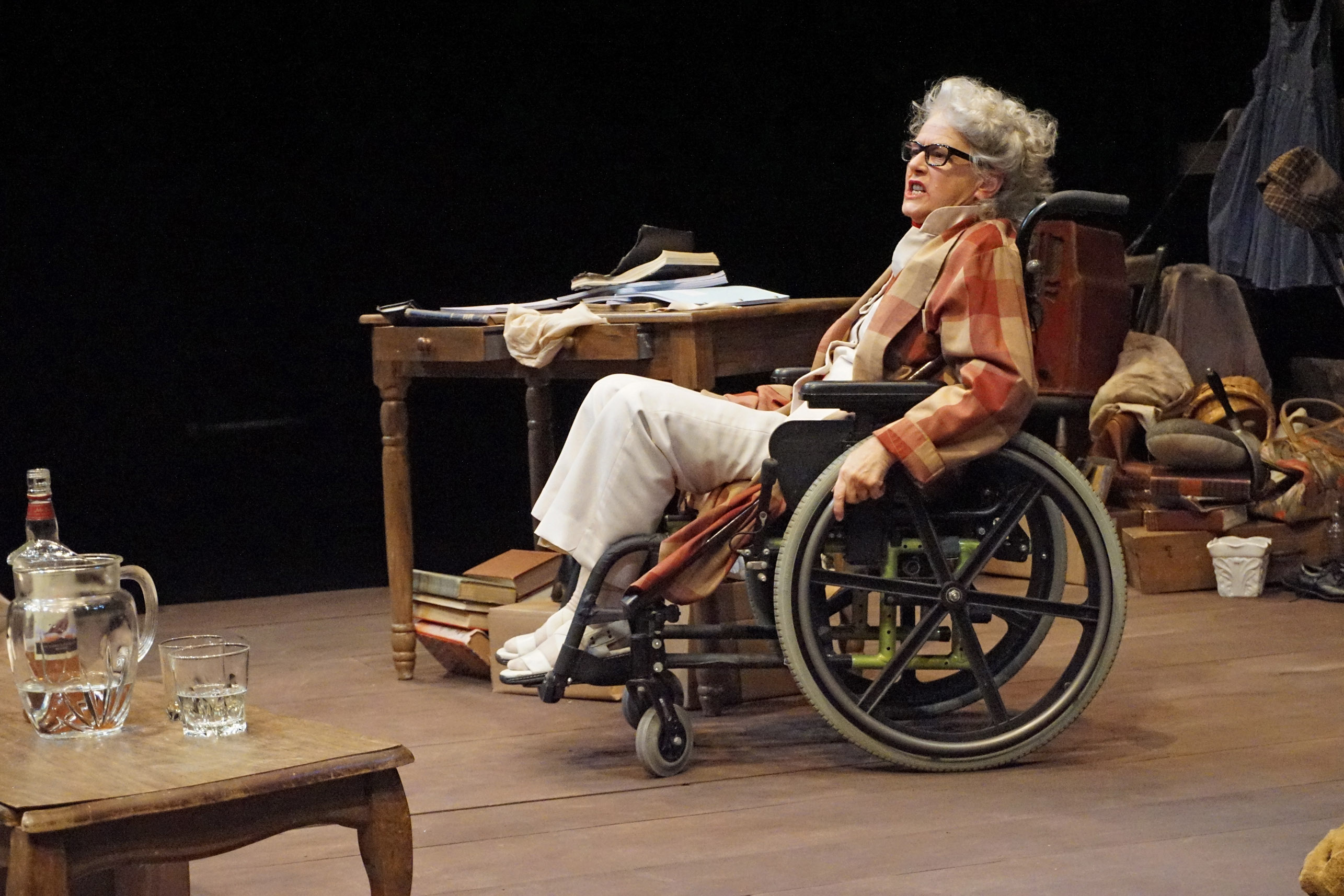