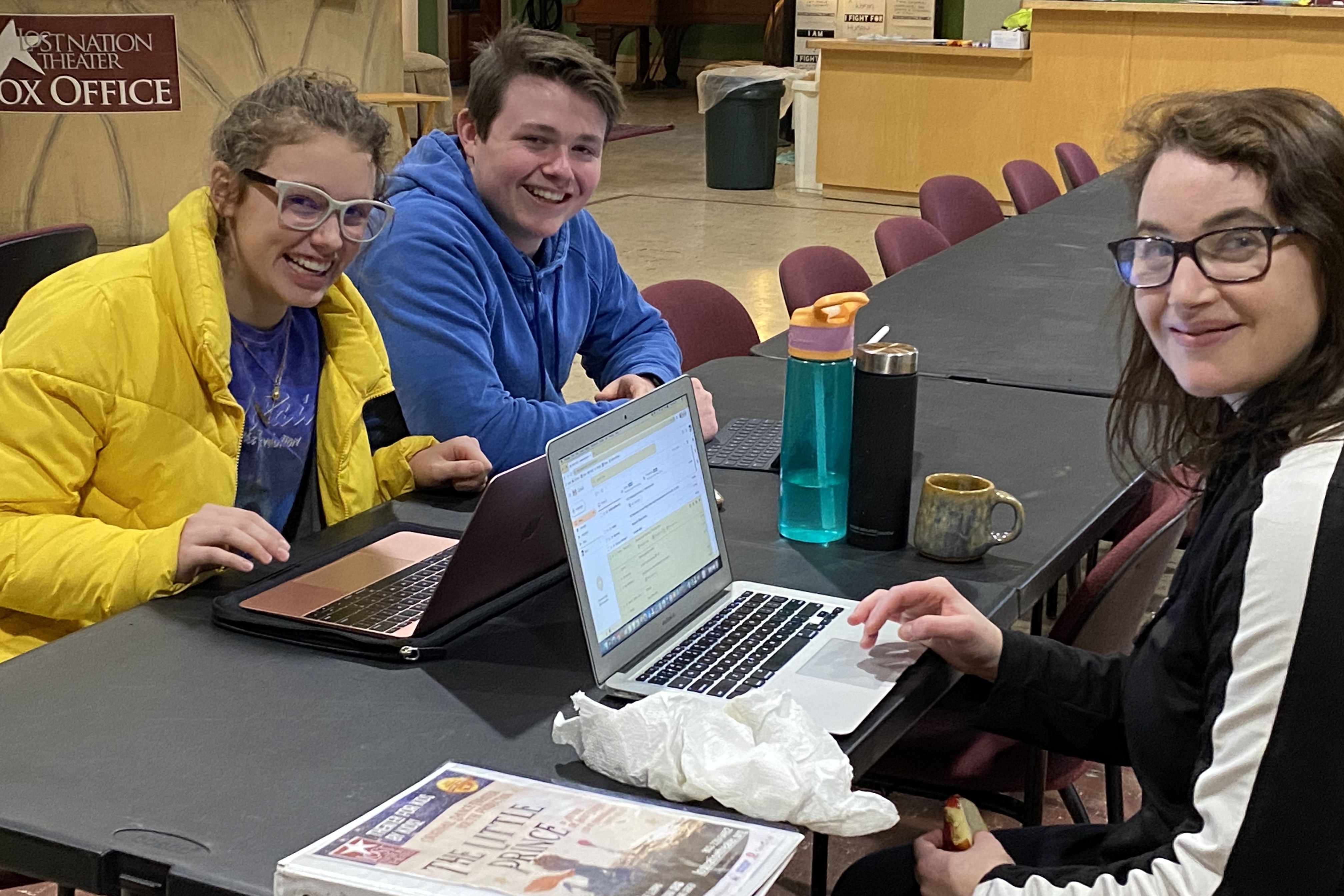 Our first Theater FOR Kids BY Kids production of 2020 takes the stage:
The Little Prince!

“It is only with the heart that one can see rightly…”  It’s fun for the whole family!

Follow the Little Prince and the Aviator as they visit various planets, meet an array of characters from sly to sincere, and explore friendship, love, loss and adventure.  Join us as we fly through space straight into the imagination to tell this most beloved story with athletic adagio, contemporary modern dance, hip-hop and child-inspired inventive design!

The show features 16 rising stars, age 9-17!
These aspiring pro’s are performing on-stage and behind the scenes creating technical wizardry, making this performance truly “Theater FOR Kids, BY Kids”!
It’s imaginative, inventive, inspiring and entertaining theater everyone, no matter what age, can enjoy!

Ms. Noelle (an actor-dancer-choreographer-singer, who choreographed and starred in LNT’s Hairspray and Cabaret) says of The Little Prince:

The ensemble of The Little Prince features students working with Lost Nation Theater for the first time along those who are returning for their 3rd, 4th, or even 5th camp production with LNT.

They are supported in their quest by Lost Nation Theater’s crackerjack professional team of directors and designers. In addition to the work of Ms. Noelle, and Mr. Bent, the show features original music by Kathleen Keenan, and scenic & lighting design by Natasha Troop, costuming by Mary Dobbins, Technical Direction by Robyn Osiecki, and teaching assistance from Brandy Perez.

Join Us!  Just 2 shows! 5:30pm Friday February 28 & 11am Saturday February 29. The performance runs a little over an hour without an intermission. The show is recommended for age 4 & up.

Get Tickets at the door! (1 hour before curtain). Call or Go Online! Or get tickets at the City Clerk’s Office on the first floor of Montpelier City Hall.
For tickets & information: call 802-229-0492, or Click Here!

"The most beautiful things in the world cannot be seen or touched, they are felt with the heart."
– Antoine de Saint-Exupéry’