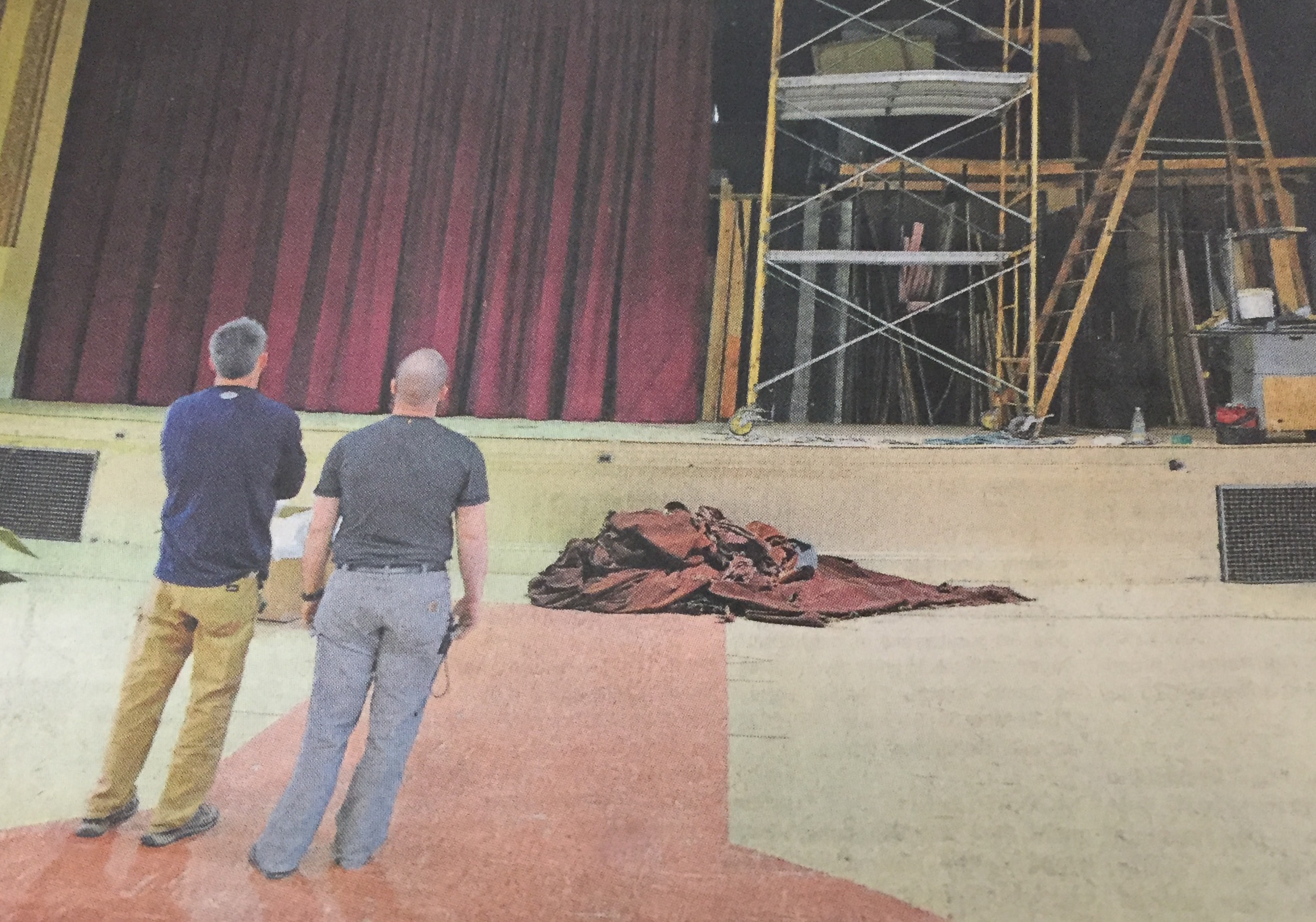 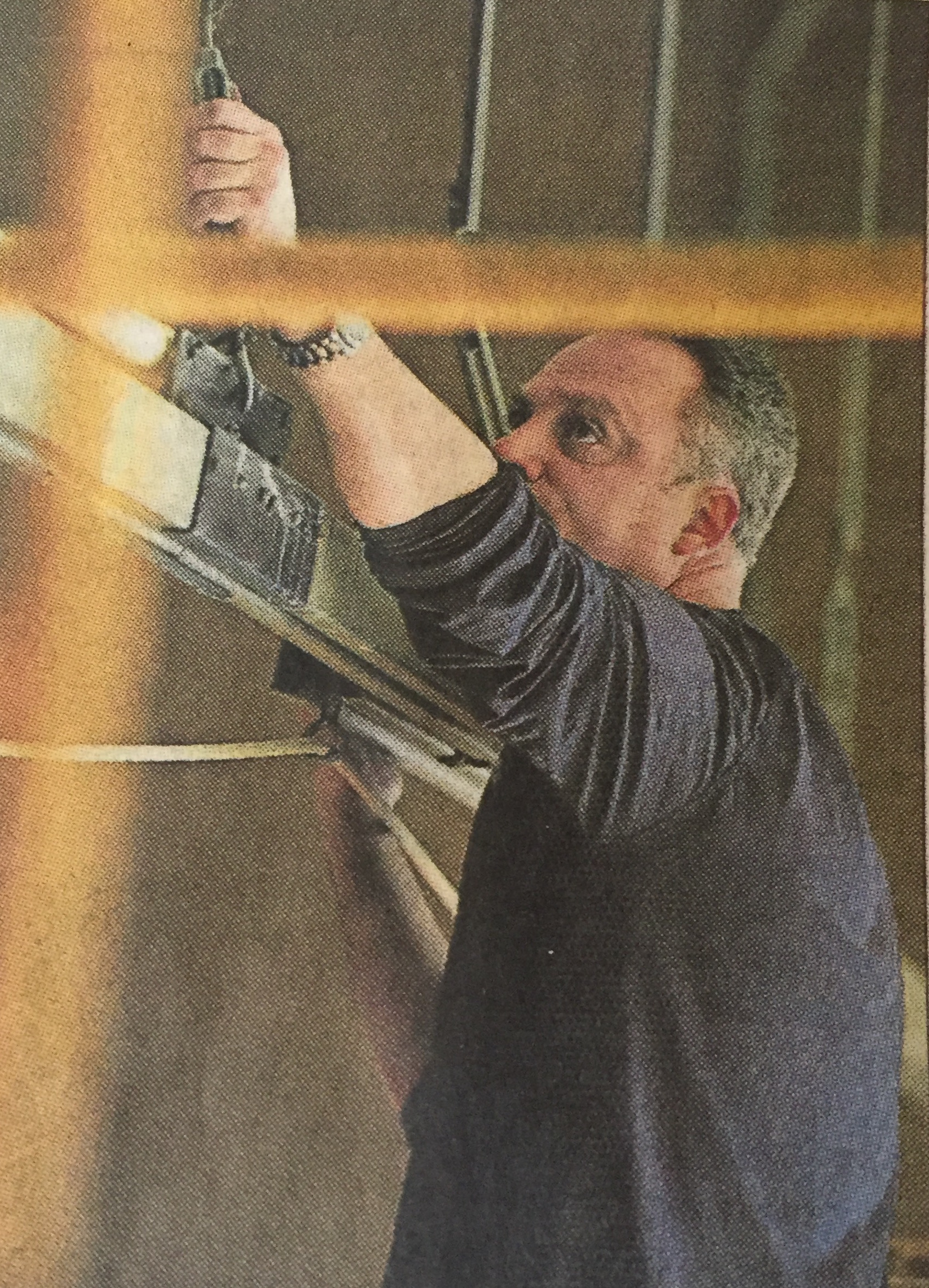 "After more than a 100-year run, the original proscenium curtain in Montpelier's City Hall is being retired.  It served vaudville shows, traveling shows, many governors' inaugural balls, and as an elegant backdrop for many a town hall meeting, school dance and basketball game.  In recent years, Lost Nation Theater has sewed, patched, re-hung, reinforced and treated it with flame proofing, but the curtain had simply worn out.  Lost Nation received an $11,000 Cultural Facilities Grant, funded by the state and administered by the Vermont Arts Council to replace the curtain.  A matching amount is currently being raised from municipal and private sources.  The new curtain is being installed by Eric Durett, from Production Advantage, of Williston, assissted by Donald Winans, of Brownsville." 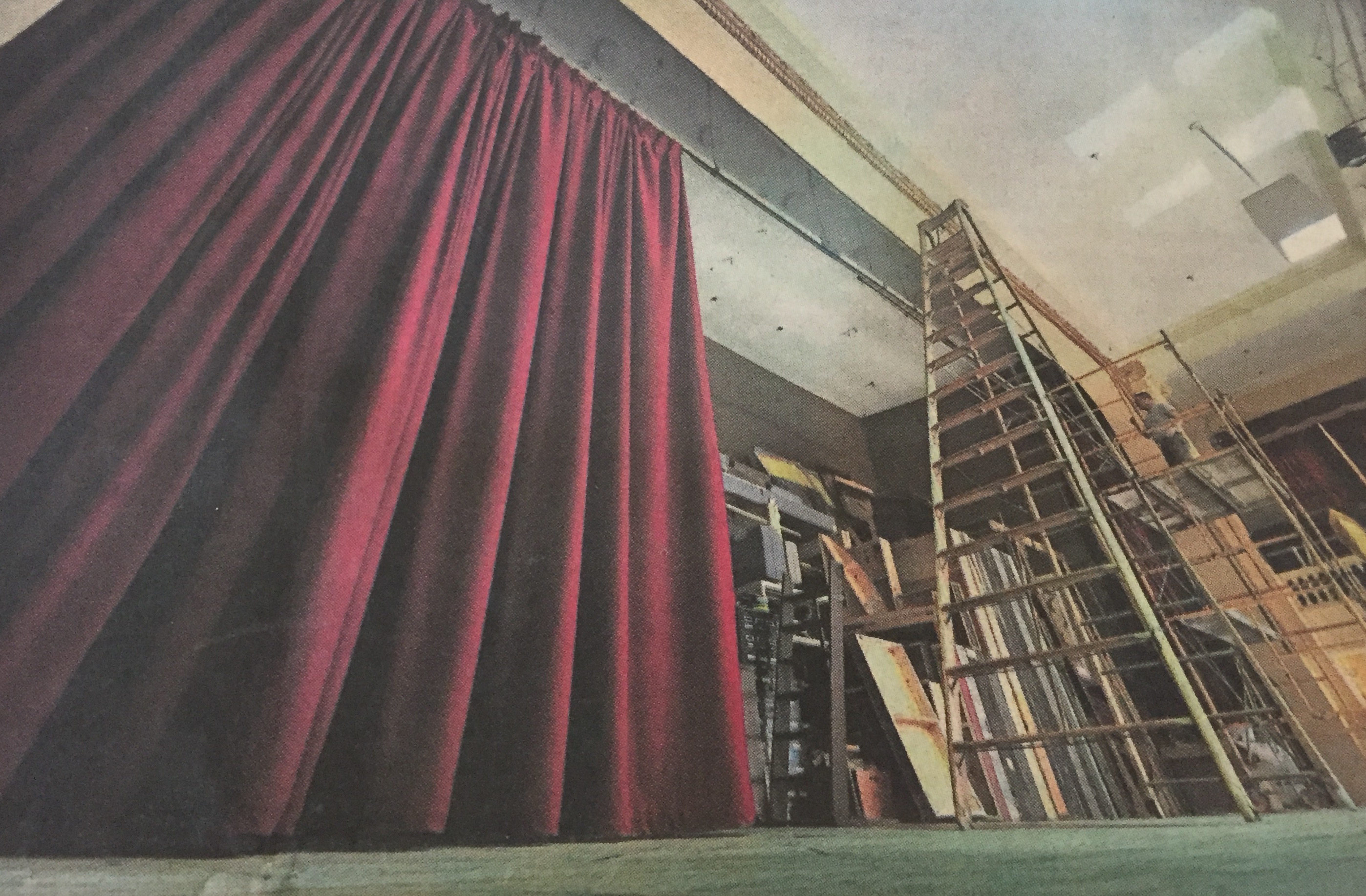 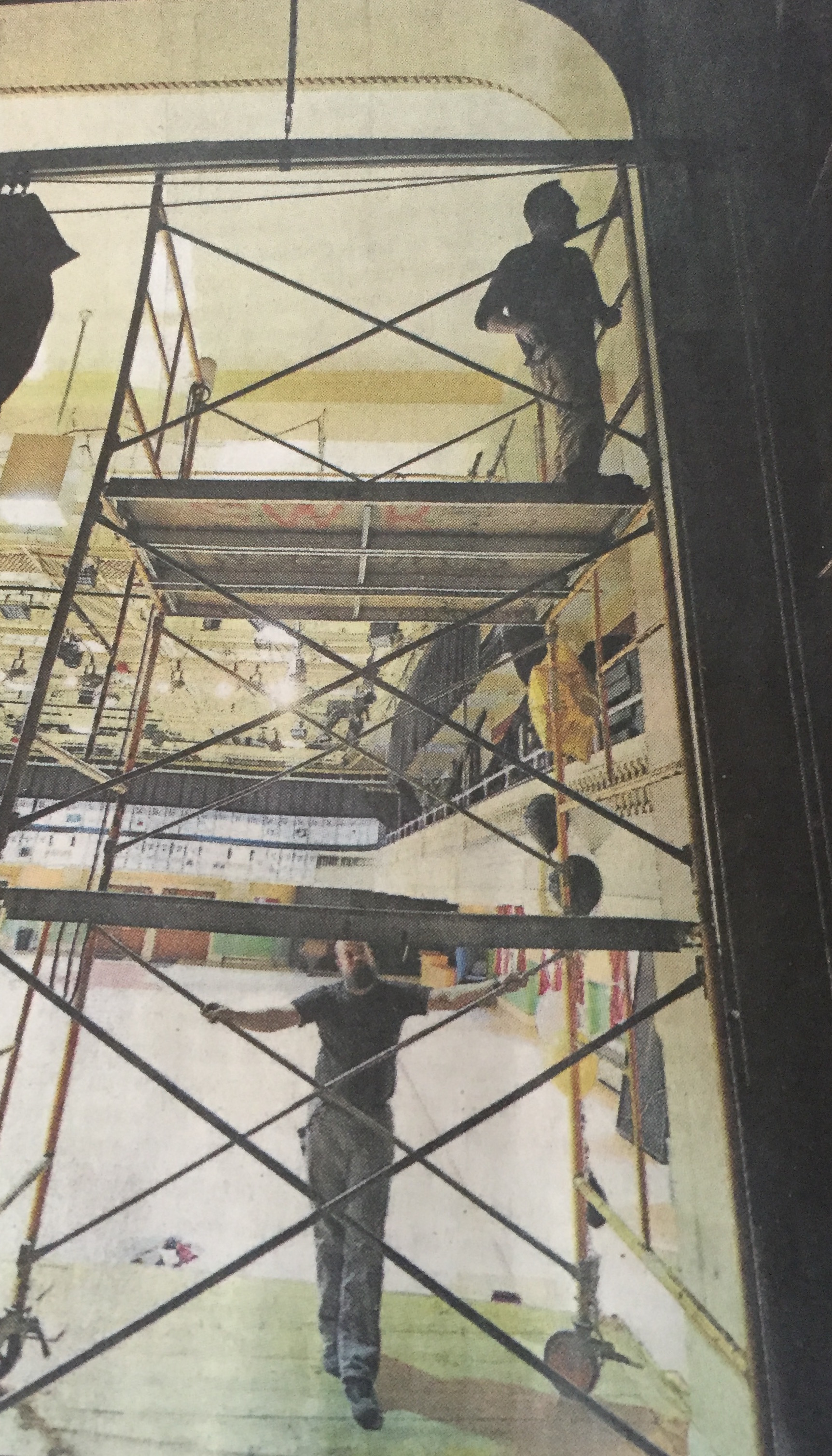