All About "Les Filles du QUOI?" 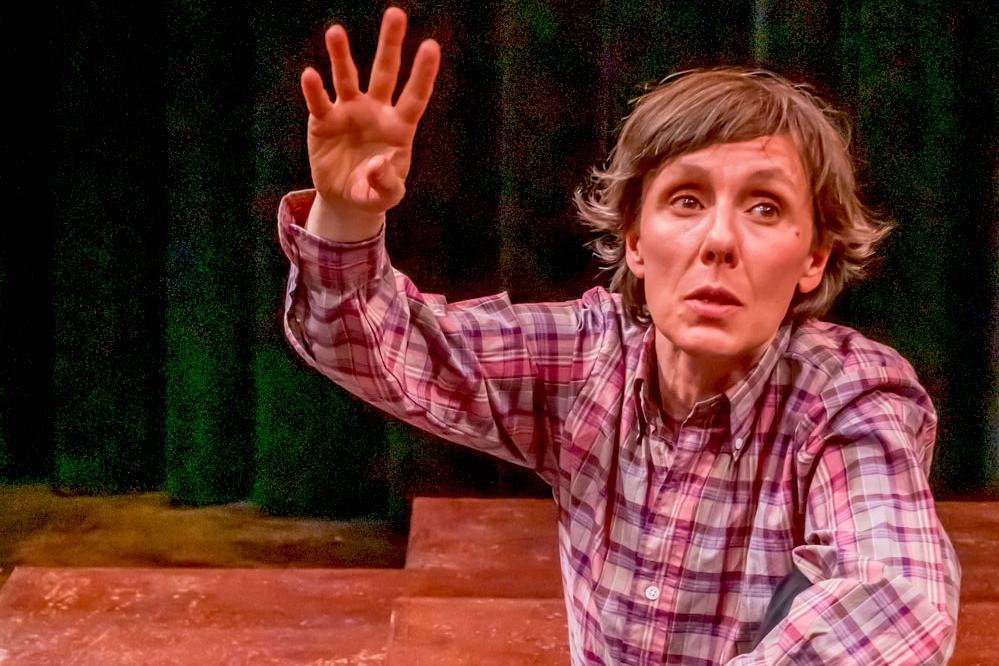 We’ve all been there. Searching for answers to questions and only coming up with more questions!
Aided by fabulous characters and her audience, acclaimed Vermont writer & performer Abby Paige may just find her answers as Lost Nation Theater presents her new play Les Filles du QUOI?

To do this, Paige portrays a host of different characters, from new mom, to  journalist, to Jack Kerouac, to Ted Talker, to the ghost of an accused French-Canadian witch who has dreams of being a stand-up!

With this comedic, bilingual one-woman show, writer and performer Abby Paige – who emigrated to Canada 100 years after her great-grandparents immigrated in the opposite direction - crosses the borders between English and French, the past and the present, the living and the dead, history (L’Histoire) and stories (les histoires), looking for answers.

And don’t worry: the show may be bilingual, but you don’t have to be! (Abby’s performance & subtitles will keep things clear!)

Abby has other questions:

With and through her various characters, Abby crosses borders of time and place looking for the answers to those questions,, and many others!

Les Filles du Quoi? has “officially” been in development for five years. In 2017, when Paige was at LNT for David Budbill’s Judevine, LNT’s artistic directors Bent & Keenan coaxed her to share in a public conversation her budding project – at the time called “To All My Cousins.”  3 readings, 1 workshop and 2 years of pandemic postponement later, it’s the world premiere!

Paige says LNT is the “perfect place” to premiere the show.

Lost Nation Theater is the winner of many awards: 2020 “Theater of the Decade” - Broadway World, “Best in New England”- Yankee Magazine, and named One of the Best Regional Theaters in America by NYC Drama League is Sponsored by Capitol Copy, City of Montpelier, Vermont Mutual Insurance, Eternity, National Life Group, Vermont Arts Council and The World. Les Filles du Qoui? is also supported by the Canada Council for the Arts and the New Brunswick Arts Board.

(or call us at 802-229-0492, 11am-3pm Tu-Friday. For in person (cash/check) advance ticket purchases, visit the City Clerk's office on the first floor of Montpelier City Hall.

Lost Nation Theater is wheelchair accessible, offers assisted listening, and large print programs. Please be sure to advise of any access needs when purchasing tickets so we may do our very best to accomodate you.