The 2022 Season Line Up
from Tony-Winners to World Premiers! Shows that will stun you, take your breath away, and sometime leave you breathless with laughter!

LNT has been hailed as “one of the Best Regional Theaters in America” by NYC Drama League and "Theater of the Decade" by Broadway World's 2020 Regional Theatre Awards.

Look for your favorite LNT performers, directors, and designers from the past 32 Seasons at Montpelier City Hall, plus introductions to new artists involved with each show!

For our 34th year in Montpelier City Hall, join us as we celebrate how we dream, how we strive to set the record straight, and how we fight to find our voice to tell our own stories in our own way. 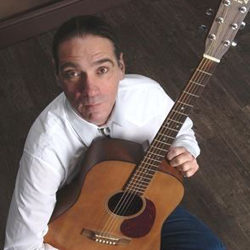 (The title translates as "how one dreams: a storytelling gathering.")
A three-week celebration of Abenaki songs, stories, language, heritage & culture featuring Abenaki musician & songwriter Bryan  Blanchette; Stories, Songs & Drawings performed by Evan Pritchard and Rick Hunt ("the Jimi Hendrix of the Magic Marker"); as well as language workshops, facilitated discussions and lobby exhibits; plus the artwork of Koas painter/illustrator Amy Hook Therrian (a member of the Council of Chiefs ) on display in our Lobby Gallery.

A dramatic, rigorous, often hilarious, and deeply personal journey examining many of the evasions and unquestioned assumptions that underly some of our most cherished ideas about ourselves and others.  Abby, acclaimed Vermont performer seen in such LNT shows as Judevine and Pride & Prejudice,  is an American with French-Canadian roots who immigrates to Canada, a century after her great-grandparents immigrated in the opposite direction.
She has questions:
What does “francophone” mean?  What’s the deal with the queen?  Why is Jack Kerouac the only Franco-American anyone’s ever heard of? Is Céline Dion a witch?  Find out!

July and August - it's Theater FOR Kids BY Kids time!
During this part of the summer, it's all about our youth programs! Camps, production camps, technical design concentrations, and our two-week musical theater intensive.

in 2022, look for our intermediate students in their production of Pushing Up The Sky on July 1 (directed by Erin Galligan Baldwin). Then, it's the fully produced musical, Frozen Jr!  mounted by our most advanced students, August 12–14th (with musical direction and choreography by Patrick Wickliffe and Taryn Noelle, the team who brought us LNT's 2019 Cabaret).

Lost Nation Theater commissioned this play especially for actor Maura O'Brien. (Last scene on the LNT stage as Dr. Ruth)
In this entertaining solo show, playwright Beckwith cracks open the legend to reveal the real lady and her fascinating life. Full of humor, heart-break, sharp wits, and white-knuckled determination, Oakley sets the record straight.
Defying death at least three times,  this Little Sure Shot went from the poor farm to dining with Queens and Kings, blazing her own path all the while.
And she always shot with both eyes open.

We are not yet allowed to announce the specific title, but the music, stories, and dance of Stephen Sondheim will soar (side by side) on the LNT Stage once again in this fabulous music revue featuring some of the best of the multi-Tony-Winner's work. Songs from such hit shows as Company, Little Night Music, Gypsy, Into the Woods, West Side Story and more are featured. Sondheim is one of the best at telling stories and voicing, with acerbic wit, style, and intricate wordplay, what the characters in his plays and musicals are striving for. He is a consummate storyteller and we are excited to bring the Theater Legend's work to the LNT Stage once again.

photo: Carolyn Wesley and Nick Wheeler as The Baker and his Wife in LNT's 2017 production of Into The Woods.
photo by Robert Eddy, Firslt Light Studios.  Design by Mark Evancho (Set & Lights), Emily Reynolds, assisted by Victoria Jablonski (costumes); directed by Tim Tavcar.