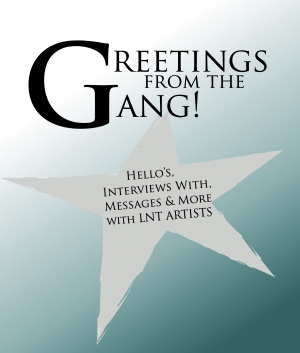 From Lost Nation Theater's Family to Yours

We send you these greetings in this time when we aren't able to gather in person.

Longtime Company Members and the extended family of Lost Nation Theater - actors, designers, directors, students, technicians, share their thoughts, send words of encouragement, or reflect upon the state of theater! We are very grateful to all and look forward to being able to gather

(For mini performances, check out the blog pages or join LNT's Patreon Page - where you can also see archival copies of past shows; all part of LNT's Virtual "Season at Home" portion of our 2020 Season!)

The Final Episode of "Mishaps With Maura!"

A peck of poetry we hope provides peace!

More from Eric Love - on theater, his history with LNT, and how he's getting through

A message from LNT fans to other fans!

This August, (August 20-30 to be exact), Lost Nation Theater was to present beloved colleague Abby Paige in the premiere professional production of her new solo show. We've previously presented Abby's "When We Were French" - and of course you remember her from all three David Budbill's Judevine, plus Tartuffe and most recently Pride & Prejudice. We are determined to bring Abby's show to LNT as soon as possible. Stay Tuned.  And for an in-depth interview with Abby, Kim Bent (LNT founder, and director of Les Filles Du Quoi?) and Charlotte Seelig (Les Filles lighting designer) join LNT's Patreon Page: www.patreon.com/lostnationtheater

This July, Lost Nation Theater in the "before times" (that is, pre-covid 19) would have been presenting Cindy Lou Johnson's quirky play on the frontier of love, "Brilliant Traces".

Since we couldn't do the show, we've done the next best thing, gotten the actors, director and production designer together to talk about the show, Vermont, and why they were excited to work on the piece. Join director (and LNT Founding Artistic Director) Kim Allen Bent, designer Ellen E Jones, and actors Nick Wheeler and Courtney Wood. (And a few glimpses of producing artistic director Kathleen Keenan.) (You may note Nick refers to Courtney as "the other hand" and the play as a "two-hander". "Two-Hander" is an industry term for a show with only two actors.) For the full interview/conversation, and a cold reading of a short excerpt from the play, join Lost Nation Theater's patreon page - https://patreon.com/lostnationtheater

Maura O'Brien - with Kim Bent - in an excerpt from our new series (on Patreon) "Mishaps with Maura"
This snippet covers the first time Maura & LNT Artistic Directors Bent & Keenan interacted! Our first full episode, now on Patreon includes this story and 3 others!

Zooming in from Cleveland, OH it's Tim Tavcar:

Director Margo Whitcomb shares her thoughts about The Revolutionists, Theater, and Theatre Now:

A Message from Christopher Scheer (and friend)

Founding Artistic Director Kim Bent wishes the Bard a Happy Birthday, and gives you a little tour of the waiting theater space

RENZO (Scott Renzoni - a member of LNT since 2004) kicks things off: