Get Rich Quick: An Intro to IMPROV Master Class at LNT 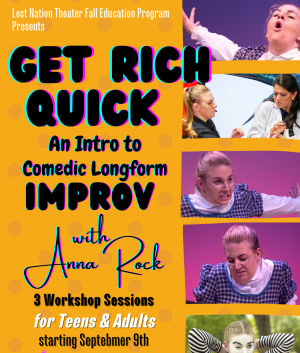 Whether you’ve never stepped onstage or you’re an established professional actor, this beginner-level workshop will equip you with a foundation in comedic longform improvisation that will have all the folks at the yacht club green with envy!

You’ll learn how to yes-and, build a base reality, listen and support, develop characters, and create fully- realized comedic scenes from nothing more than a one-word suggestion. Come play riotous games, team up for collaborative exercises, and harness the art of organized chaos that is improv!

Participants are required to be vaccinated.
And to follow all of LNT's safety protocols.

Take One Class or All Three!

• Who is this workshop for?
Everybody!
• What will I leave this class with?
The core skills needed to establish an improv scene.
• Will you get rich quick by taking this workshop?
Absolutely! All participants will leave each class with a Bengal tiger and a Rolls Royce! (Probably not, but it got you to read this far! See you in class!)

• Truth in Comedy, by Charna Halpern, Del Close, and Kim “Howard” Johnson (1994)
• The Upright Citizens Brigade Comedy Improvisation Manual, by Matt Besser, Ian Roberts, and Matt Walsh (2013)
• How to be the Greatest Improviser on Earth, by Will Hines (2016)

Anna is an actress and physical comedy ghoul based out of NYC, doomed to make jokes until the centuries-old curse is lifted.

Originally from DC, Anna graduated from Sarah Lawrence College, trained at the Moscow Art Theater School via the National Theatre Institute, and concentrated in commedia dell’arte at the Accademia dell’Arte in Arezzo, Italy.

Anna spent undergrad improvising and writing for the Sarah Lawrence improv and sketch team Feral Christine, who proceeded to win the National College Improv Tournament during her senior year (their first year in competition!).

Riding the momentum of that title, Anna moved to NYC to study and perform improv and sketch throughout the comedy circuit.
This included 3 years at the Upright Citizens Brigade Theater, where she was enrolled in the Advanced Study Improv program and received training from comedians such as Astronomy Club’s Keisha Zollar and Ray Cordova, Broad City’s Achilles Stamatelaky, and frequent Asssscat performer Alexandra Dickson.

She has has the pleasure of performing alongside comedy greats such as Cecily Strong and Casey Jost, and continues to perform musical improv with the children’s theatre company Story Pirates. Anna successfully pantsed not one, but two high school teachers while serving as Student Body President, and if you’d like to do the same, do not hesitate to contact her at @rockannaroll and annarockannarock.com.

(At LNT, Anna has appeared in Pride & Prejudice - as Bingley/Mary; and in Love Letters Made Easy - as Sparky.) 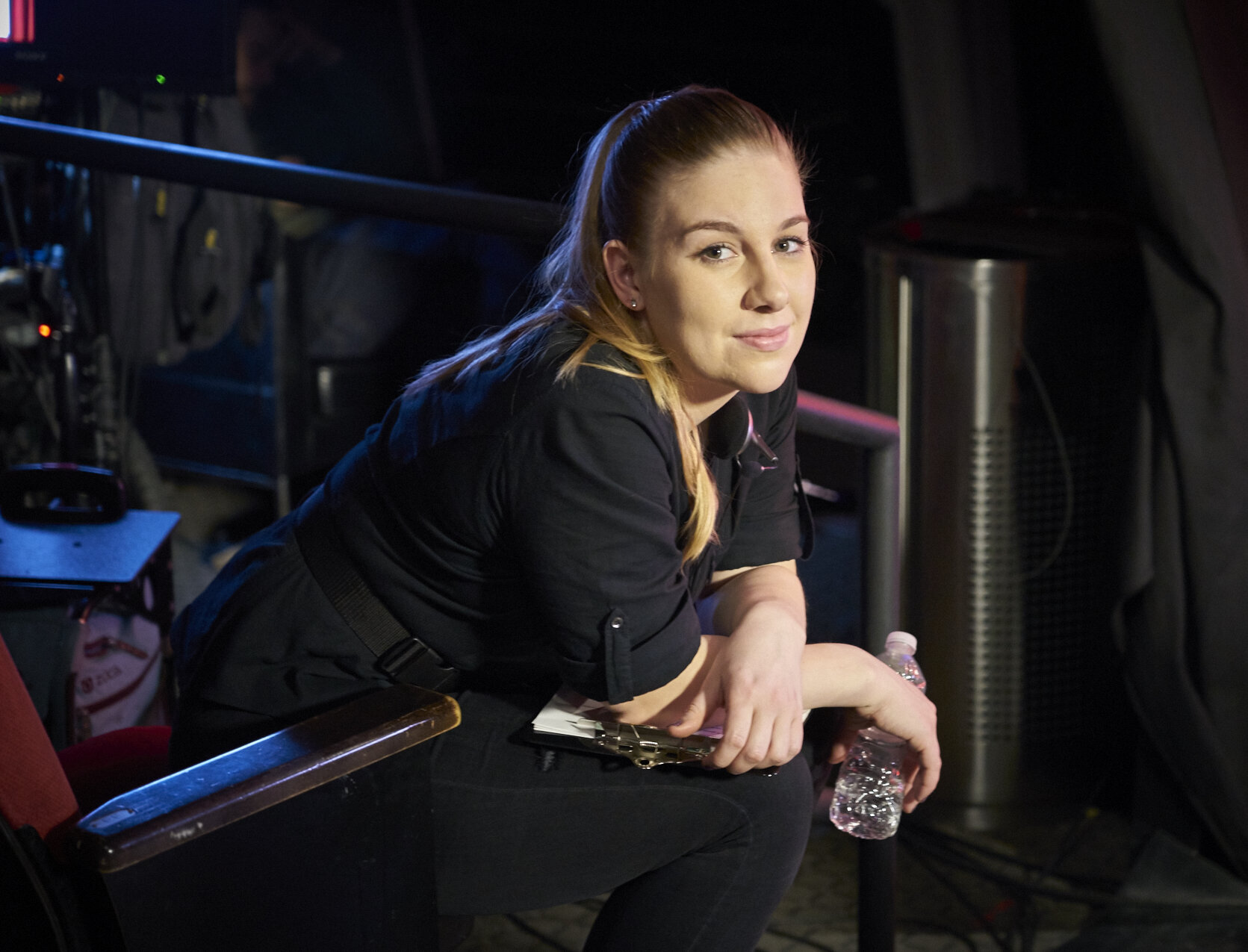 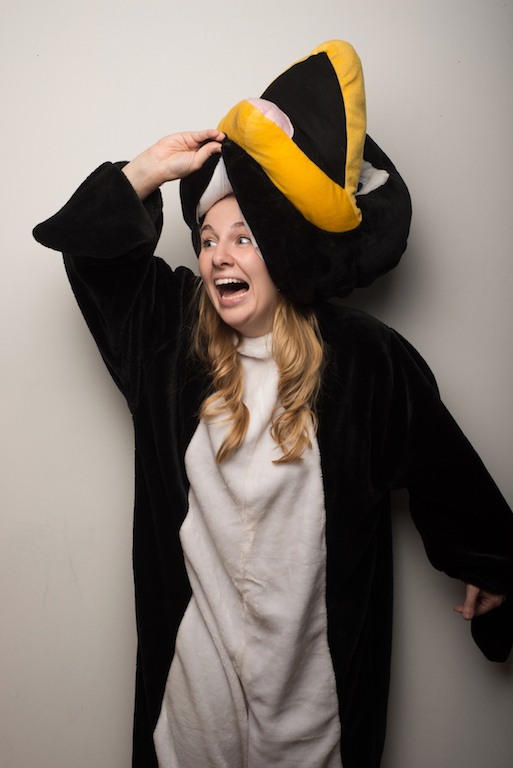