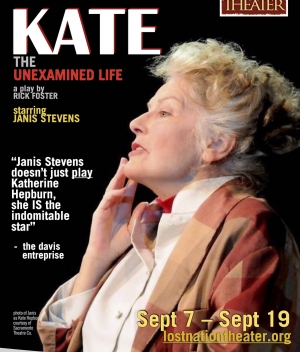 Janis Stevens (Vivian, Year of Magical Thinking) returns to LNT in a new show written especially for her.
Playwright Foster uncannily captures Katharine Hepburn’s voice and Stevens brings the star –and her secrets – vividly to life.

The play takes place on New Year’s Eve 1999, and Hepburn reflects on her life and her loves as she ponders, at age 92, what the future holds. Filled with fond memories, while also delving into uncharted emotional waters, audiences experience a side of Hepburn they, perhaps, have never seen.

And featured in the Lobby Gallery: Visual Artist Lois Eby. Read about her Exhibit.

Kate - The Unexamined Life was written by Rick Foster especially for Janis Stevens and its original production was with the Sacramento Theatre Company in 2014.

Janis returns to LNT after 5 years - celebrating her 10th Anniversary of collaborating with Kim, Kathleen and Lost Nation Theater.
Fittingly with "KATE" - as her first show with us was Rick Foster's Vivian (about Vivian Leigh), which was also directed by Peter Sanders.
We are all excited for the reunion!

GET THE WORD RIGHT FROM THE STAR! LISTEN TO JANIS & KATHLEEN ON THE RADIO!

“Janis is a great actor with the charisma needed to carry a one-person show. The wide range of emotions she has at her command allows her to create, and make believable, characters of great complexity,” he said. “And she brings a ferocious work ethic to rehearsals through the whole of the production. That’s why I keep coming back to her.” 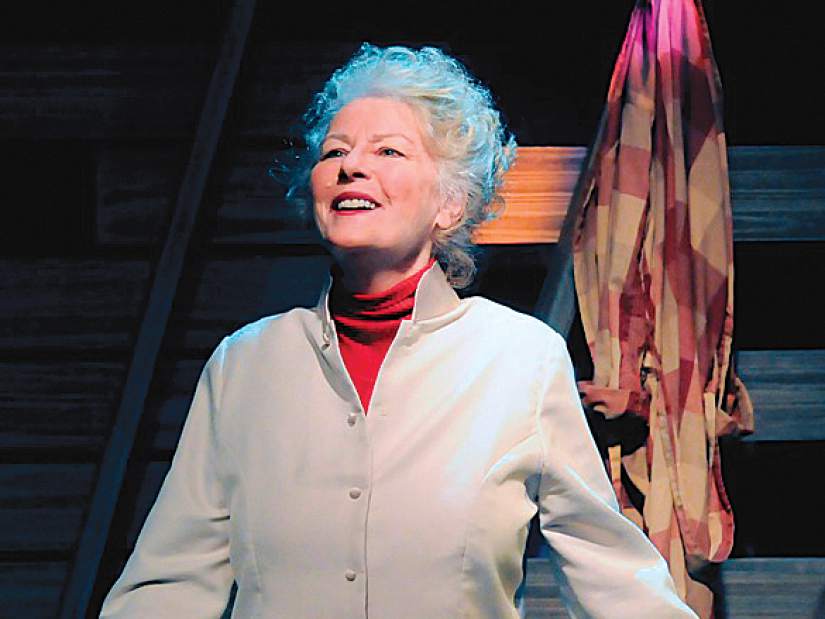 AND THE ORCA MEDIA PREVIEW FEATURE ON KATE: